New Jersey is poised to become the first state to ban both single-use plastic and paper bags – a move that could help stimulate interest in branded reusable bags, such as totes. 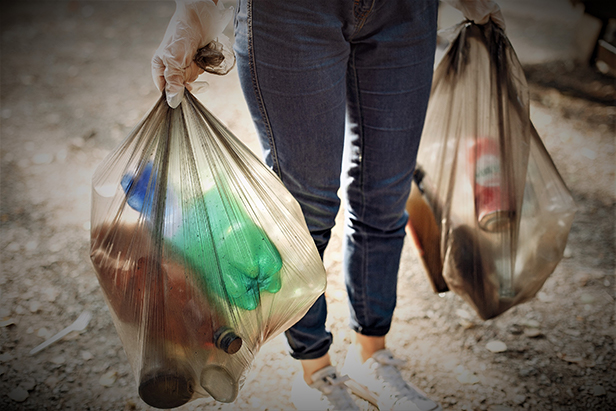 The Garden State’s General Assembly still needs to approve the measure. And, Gov. Phil Murphy must sign it into law. A timeline wasn’t certain as it remained unclear if the Assembly would support the measure.

Should the bill become law as written, retailers and food service businesses will be prohibited from providing or selling single-use plastic and paper bags. They also won’t be able to sell or give out polystyrene containers. There are limited exceptions to the rules, which can be reviewed here. Food service businesses would be able to give out disposable straws, but only if customers specifically request them.

As an alternative to disposables, legislators, environmentalists and bill proponents are encouraging consumers to take advantage of reusable products. Totes, drawstring backs, and reusable straws are options. That presents opportunity for businesses of all stripes to provide and/or sell such products with their branding on it – something promo products pros can capitalize on.

Distributors in nearby New York are poised make the most of such opportunities as they begin to arise in their state.

“The (NY plastic bag) ban is absolutely an opportunity to sell more reusable bags, and it helps our positioning as a brand partner,” Joseph Sommer, owner of New York City-based distributorship Whitestone Branding (asi/359741), recently told Counselor. “The ban allows us the opportunity to educate our clients on how to use product to bring more attention to their brands.”

NYC-based Axis Promotions powered by HALO (asi/128263) is excited about the prospects, too. “I definitely see the ban on single-use bags as a big opportunity for all of us to sell more branded reusable bags to our clients,” Axis EVP Joan Bluestone Landorf told Counselor recently. “Most of our clients are already avoiding plastic bags and some of our beauty clients absolutely forbid using any plastic packaging.”

A growing number of cities, municipalities, states and even countries are enacting prohibitions on single-use plastic bags. It’s part of an effort to reduce plastic bag litter and pollution. Ban proponents say the pollution spoils natural habitat and poses a danger to wildlife, which can choke on or become caught in the disposables. States like California, Maine and Vermont have voted statewide prohibitions on plastic bags into place.

In 1950, the world’s population of 2.5 billion produced 1.5 million tons of plastic, according to Surfers Against Sewage, a marine conservation charity based in the United Kingdom. In 2016, a global population of more than 7 billion people produced more than 320 million tons of plastic. The 2016 tally is set to double by 2034. Every day, approximately 8 million pieces of plastic pollution find their way into oceans, according to Surfers Against Sewage.

Get the best of Counselor Promogram