President Donald Trump said Friday that the U.S. and China have agreed to a “Phase One” trade deal that will result in a reduction in some tariffs on Chinese imports, including items the promo products industry sells like T-shirts.

The president also noted that the new duties scheduled to take effect on Sunday, December 15 on more than $160 billion in China-made products will now not be implemented.

.....The Penalty Tariffs set for December 15th will not be charged because of the fact that we made the deal. We will begin negotiations on the Phase Two Deal immediately, rather than waiting until after the 2020 Election. This is an amazing deal for all. Thank you!

The news carries significance for the American promotional products industry, which has dealt with rising product prices, market uncertainty, supply chain disruption and more as a result of the trade war and its tariffs. The vast majority of products the industry sells in the United States are produced in China.

On Twitter, Trump indicated that the tariffs that went in effect on particular Chinese products on September 1 this year will be reduced from 15% to 7.5%. At the time, the value of those products was reported as $112 billion, but trade officials indicated Friday that it’s $120 billion.

The remaining duties of 25% on $250 billion or so in China-made goods will remain in place. Products sold in the promo industry that could see a reduction in tariff rate include T-shirts, a range of outerwear, pullovers, sweaters, certain writing instruments and more. A full list of products slated for a tariff reduction is here. Certain types of bags, select drinkware as well as tech and accessory items will continue to be affected by the 25% tariffs, based on the president’s announcement. "While many categories are still affected by the tariffs, hopefully this puts us on a path towards more reductions in the future," Jonathan Isaacson, CEO of Top 40 supplier Gemline (asi/56070), told Counselor.

JUST IN: A rare statement from former Treasury secretary Hank Paulson, who has been a quiet, behind-the-scenes adviser on these #China talks: pic.twitter.com/56wUtSV20Q

Immediate promo industry reaction to the Phase One deal was mixed.

“This is a long time coming, and it’s obviously very good news for our industry. It appears we have turned a very important corner,” Eddie Blau, CEO of Top 40 supplier Innovation Line (asi/62660), told Counselor. “First of all, it seems the time of ever increasing and additional tariffs is over for now, giving our industry some sense of predictability moving forward. Secondly, it means that after suppliers bleed down their existing inventory, prices will start going down. And lastly, I hope it means the economy will be on firmer footing heading into 2020, potentially keeping our country’s economic expansion alive and well.”

Others viewed the deal through a more skeptical lens.

“It's good, but not great, news for the industry in the short and medium-term,” said Joshua White, general counsel and senior vice president of strategic partnerships for Top 40 distributor BAMKO (asi/131431). “I still think the long-term trend is toward a decoupling from China and continued strife in the U.S.-China relationship.”

Additionally, White told Counselor he’s not confident the deal will fully take hold or be lived up to by the world’s two largest economies. “You've got parties on each side of this agreement that, for entirely different reasons, have proven themselves to be unreliable throughout the course of this conflict,” White said. “I think promo will slowly continue to do what we've been doing at BAMKO for more than a year now, which is diversifying supply chains and expanding product sourcing footprints out of China to places like Vietnam, India and Bangladesh.”

Craig Nadel, president of Top 40 distributor Jack Nadel International (asi/279600), was leery, too. Given the ups and downs of the nearly 18-month trade war, he wasn’t ready to herald a return to stability in relations between the U.S. and China. And in that uncertainty, there are potential challenges for promo pros, as the unknown can make clients less willing to invest. “It’s nice that we’re looking at some relief, but I suspect Trump will continue the on/off tariffs and ultimately be unable to complete a final, comprehensive agreement that is good for the U.S.,” Nadel told Counselor. 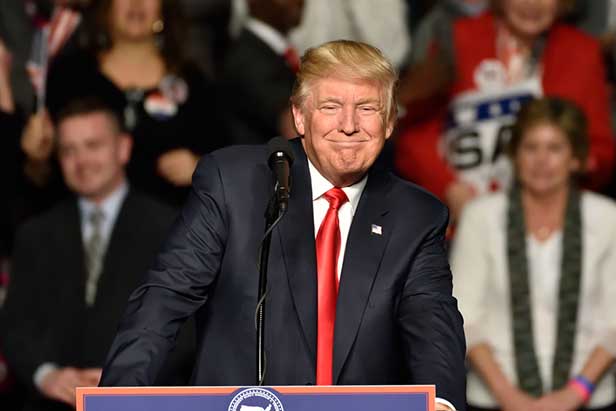 Meanwhile, there was chatter on promo industry social media forums after news of the agreement began making the rounds. In a Facebook post, the founder/CEO of a distributorship/screen printing shop said about the deal: “This is great news for all of us. Even greater news for those of us who didn’t jump the gun and raise our prices.” Another promo pro opined on a Facebook forum: “We have a much better trade agreement with China now than we ever did, so there was a purpose to (the trade war).”

Still, others weren’t sold that the deal would bring any appreciable change on what’s probably the biggest direct-impact issue facing promo as a result of the trade war: Price increase on products within the industry. One industry pro posted to Facebook that he wasn’t expecting suppliers to lower pricing on affected items, now that the higher prices have taken effect. “Do you think they will lower their prices with the simple announcement tariffs are being rolled back…HELL NO!!!” the poster said.

According to the office of the United States Trade Representative, the Phase One deal “requires structural reforms and other changes to China’s economic and trade regime in the areas of intellectual property, technology transfer, agriculture, financial services, and currency and foreign exchange.”

The Phase One agreement also includes a commitment by China that it will make “substantial additional purchases of U.S. goods and services in the coming years.” Still, it wasn’t specified how much of what. Agricultural purchases will reportedly constitute a chunk of the purchasing, per reporters:

I’m told the # of purchases under discussion was $200b, with ~$40b coming from ag. Pres. Trump’s tweet made no mention of any number - and China’s vice minister of finance didn’t when asked either. Liao Min would only say China would “take some arrangements,” per translation.

For nearly two years, Counselor, ASI’s flagship publication, has been covering the impact of the U.S./China trade war on the promotional products industry. For articles and other content that comprise that coverage, please visit this page dedicated to the topic.