Demand for branded hand sanitizer in the midst of coronavirus frenzy is causing major headaches as end-buyers request large quantities, distributors scramble to source enough inventory and suppliers struggle to keep up.

Nicole McNamee, the Memphis-based managing director of global accounts for Top 40 distributor Boundless (asi/143717), told Counselor that a cruise line client ordered a million pieces of sanitizer last week. It was a tall order, and McNamee tried to figure out how she could manage it. She assumed she could buy all the domestic supply from one supplier and then go elsewhere to make up the rest. 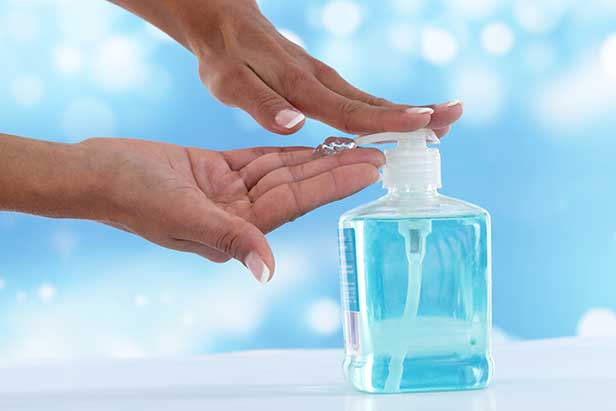 When she quickly realized vendors wouldn’t be able or willing to sell one client a million pieces of an item in such high demand at the moment, she sent quote requests to two major industry suppliers requesting 400,000 pieces between the two of them, and was offered better than EQP pricing in return.

But after she talked to the client and finalized the POs, things took a turn. One supplier put a cap on the amount she could purchase; another said she could buy out their stock, but the pricing would be at EQP, not lower as she had previously been quoted.

“I’ve never had a supplier not honor a quote,” McNamee said. “If I misquote a customer, I eat it. But I know they’re trying to please as many people as possible. They’d rather risk making one client (me) angry than 100 clients, among them Starbucks, Microsoft and the government.”

But the cruise line wasn’t concerned with the supply chain issue, just the increased price. They even offered to buy them blank, but they still needed a label printed with FDA regulations. “My customer said, ‘How can we trust you now?’ ” McNamee said. “So, neither my cruise client nor one of my hospital clients got nearly as many as they needed.”

There’ve been similar complaints in industry forums online this past week. Distributors called the doubling of prices “price gouging at its best” and lamented that suppliers weren’t honoring pricing — in some cases doubling it — on the same day distributors sent in their PO. Others asked if their peers had any luck finding “honest” suppliers with inventory, which seemed to be changing by the hour.

In response to a letter on the coronavirus situation sent to the industry on March 6 by ASI President and CEO Tim Andrews, one distributor said it was “disturbing” and “disappointing” that suppliers weren’t honoring their pricing and weren’t updating pricing on their websites.

Of the eight suppliers Counselor reached out to for comment on the situation, six of whom are among the Top 40, three responded with more details on the situation. Top 40 supplier Snugz/USA (asi/88060) currently can’t offer rushes under five days on sanitizer, but isn’t limiting quantities on most orders (though massive requests may be subject to caps) and not changing prices at will.

“If our price does go up, it’s because our cost of goods sold has increased due to buying bottles and raws at a higher price,” CEO Brandon Mackay said. “For example, we moved pennies on two larger pump-style bottles (and not after the order was received) only due to the fact we had to pay more for these specific pumps. I’ve heard there are some price gouging and that’s unfortunate that some are taking advantage of this situation.”