A federal judge has sentenced the president of a web-based promotional products company to eight months in prison for the executive’s role in a promo price-fixing scheme that includes up to nine other companies.

U.S. District Judge Alfred H. Bennett of the U.S. District Court for the Southern District of Texas (Houston) also sentenced Akil Kurji – one of what authorities said was two “masterminds” of the illicit scam -- to three years of supervised release and ordered him to pay a $20,000 fine, according to public court records. Immediately following Kurji’s personal sentencing, Bennett additionally ordered Kurji’s company to pay a $757,717 fine to the government, Law360 reported. 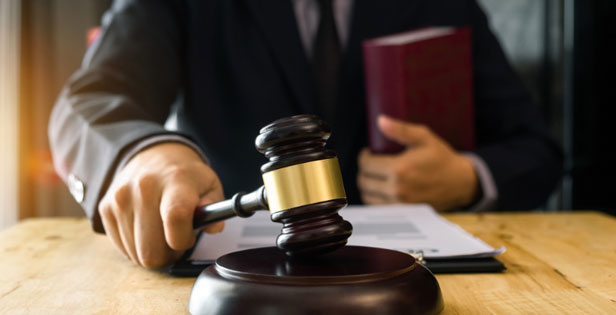 Authorities have identified Kurji as owner and president of Gennex Media. Gennex Media is not ASI-listed, but other businesses connected with Kurji are listed. ASI records show that Kurji has been an executive at supplier-listed PMGOA (asi/79982) of Sugar Land, TX. Kurji has also been identified as principal executive at Brandeco LLC, which has done business online under the name BrandNex.com (asi/145204).

"He was the chief moderator and most assertive member" of the price-fixing agreement, Prosecutor Danielle M. Garten, who pushed for Kurji to get 18 months behind bars, told the judge, according to Law360. "[Kurji's] management of the conspiracy allowed it to continue as effectively as it did" until June 2016.

According to authorities, Kurji and co-conspirators fixed prices on branded merchandise that included wristbands, lanyards, temporary tattoos and buttons. The accused sold the promo products online through ecommerce websites they operated from as early as May 2014 until at least June 2016. Their victims included churches, charities and nonprofits. They used social media platforms and encrypted messaging applications, such as Facebook, Skype, and Whatsapp, to conduct their scheming, authorities said.

Authorities have identified Mashnoon Ahmed as the other “mastermind” of the plot. In May, Bennett sentenced Ahmed to six months in jail and imposed three years of supervised release and a $20,000 fine, according to public court records. Ahmed was an owner and CEO of Houston, TX-based Netbrands Media, which did business as 24hourwristbands.com and ASI-listed distributor imprint.com (asi/230822), records show.

Federal authorities have charged at least 11 people total so far in connection with the price-doctoring case. For his role, Azim Makanojiya, who did business as both a supplier and distributor under names that included Zaappaaz Inc. and WB Promotions Inc. (asi/98409/asi/353290), was sentenced to one month in jail and two years supervised release in May, records show. In November 2018, Bennett sentenced Christopher Angeles, once top executive of Custom Wristbands Inc., to a month in jail and one year supervised release. Both were assessed fines. Learn more about the Makanojiya and Angeles cases here.

Authorities have said that the antitrust investigation into price fixing in the online promotional products industry is continuing. Investigators encourage anyone with information on such price fixing, as well as other anticompetitive conduct in the promo industry, to contact a U.S. Department of Justice antitrust complaint center at 888-647-3258 or to visit www.justice.gov/atr/contact/newcase.html.