A trade war between the U.S., China and others continues to escalate, as each side targets nations with more tariffs on imported goods. Below is a collection of our coverage so far, including the potential effects on the promo products market. Follow this page for updates. 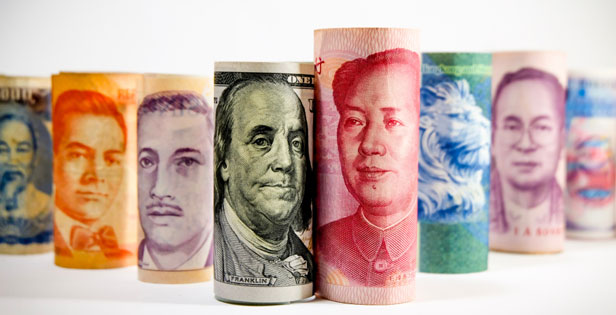 Trade Talks With China To Resume, No New Tariffs For The Moment

July 1, 2019 The U.S./China trade news out of this weekend’s G20 Summit comes as a welcomed development for the promo products industry. Read more here.

May 21, 2019 Analysts also say that corporate profits could fall, thousands of retail stores could close, and consumer prices could rise. Read more here.

May 15, 2019 Many industry firms feel tariffs could hurt the general economy and cut into promo’s sales and profits during the second half of the year. Read more here.

February 25, 2019 The tariffs on $200 billion in Chinese imports will not increase to 25% come March, the president said. Read more here.

February 20, 2019 The comment reiterates that the president could be willing to extend the deadline for reaching a deal beyond early March – good news for the promotional products industry. Read more here.

The Real Cost of Tariffs

November 30, 2018 It was the first time the sector didn’t record monthly growth since July 2016. Could that have implications for the promo products industry? Read more here.

October 29, 2018 Increased products costs, price fluctuations, supply chain disruption and thinner margins could all be coming to the promo market in 2019 as a result of U.S. tariffs on imported Chinese products. Read more here.

October 01, 2018 The US and Canada came to a final resolution late on September 30, an hour before the midnight deadline. Read more here.

September 25, 2018 In an exclusive interview with Counselor’s John Corrigan, Bamko Senior Vice President of Strategic Partnerships Joshua White and Vice President of Operations Max Levavi discuss the tariffs imposed by the United States and China and how they’ll impact the promotional products industry. Listen to the podcast here.

U.S. Hits China With Largest Round of Tariffs

September 24, 2018 The United States has launched the third round of tariffs in its trade war with China, officially taxing an additional $200 billion worth of Chinese goods. Read more here.

U.S.-China Trade War Escalates With Third Round of Tariffs

September 18, 2018 President Donald Trump announced on Monday that he will impose new tariffs on about $200 billion in Chinese goods, as the trade war between the world’s two largest economies intensifies. Read more here.

September 10, 2018 China on Monday said it would retaliate if President Trump moves forward with another threatened round of tariffs – potentially troubling news for the promotional products industry. Read more here.

U.S. Hits China With Second Round of Tariffs

August 23, 2018 The United States has launched the second round of tariffs in its trade war with China, officially taxing an additional $16 billion worth of Chinese goods. Read more here.

July 24, 2018 The trade war between the U.S. and China dominated the discussion at the G-20 summit over the weekend, as finance ministers and central bankers of the world’s top 20 economies worried how the dispute may impact the global economy. Read more here.

U.S. Prepares Another $200 Billion in Tariffs

July 12, 2018 The Trump administration is poised to impose another round of tariffs on Chinese goods that are worth $200 billion as the U.S.-China trade war rages on. Read more here.

July 06, 2018 After months of verbal sparring with China over trade policies, the United States has thrown the first punch by officially levying tariffs on $34 billion worth of Chinese goods. Read more here.

June 15, 2018 President Donald Trump is moving ahead with 25% tariffs on $50 billion worth of Chinese goods. Read more here.

June 13, 2018 In the weeks following President Donald Trump’s announcement that the U.S. would be implementing tariffs on Canadian steel and aluminum, a war of words between Trump and Canadian Prime Minister Justin Trudeau has opened up the potential for a trade war between the two countries, posing concerns for the promotional industry. Read more here.

Steel and Aluminum Tariffs Could Lead to Fallout for Promo Industry

June 05, 2018 Late last week the Trump Administration announced tariffs on imports of steel and aluminum from Canada, Europe and Mexico some analysts fear will ignite a trade war that damages economies and kills jobs in affected countries and the U.S. Read more here.

U.S. to Announce 25% Tariff on Some Chinese Goods

May 31, 2018 The détente between the United States and China didn’t last long, as the Trump administration said this week that it will continue pursuing action on trade with China. Read more here.

May 22, 2018 The Trump administration has suspended its plan to impose tariffs on $150 billion in Chinese imports to the U.S. while trade talks between the two countries continue. Read more here.